Teen Challenge is the oldest, largest and most successful program of its kind in the world.

In 1958, a young pastor from a farm town in Pennsylvania, took a step of faith into the inner-city of New York City. David Wilkerson started a movement that would change the lives of thousands. With a heart for young people, he began working with gangs and troubled youth. As he began to establish rapport within the city, he became aware of the life-controlling issues destroying these young people. Everywhere David turned he saw the consequences of addiction: a 16 year-old girl working the streets, a 12 year-old boy murdered by his younger brother, the sight of a teenage mother with her baby on her lap, begging for food and shelter.

The young pastor found himself in a place where these teens had no hope and no future. He knew he had to offer them a solution to break the vicious cycle, and offer them a way out of their trouble and despair. Later that year, Brooklyn Teen Challenge was established as the first Teen Challenge Center.

Teen Challenge has seen remarkable growth. Since 1958, thousands of lives have been changed. There are now over 1,100 centers in 109 countries around the world.

In 1963, David Wilkerson co-authored the book, The Cross and the Switchblade. The story covers David’s first 5 years in New York and became a best-selling phenomenon. More than 15 million copies have been distributed in over 30 languages. In 1969 a motion picture based on the book, was released. After 53 years, the story continues to inspire renewed faith in God’s ability to overcome issues that even the most determined human efforts cannot resolve. 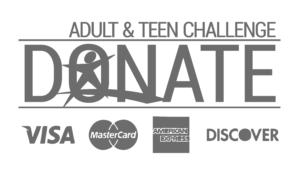